The BatteryProtect disconnects the battery from non essential loads before it is completely discharged (which would damage the battery) or before it has insufficient power left to crank the engine. 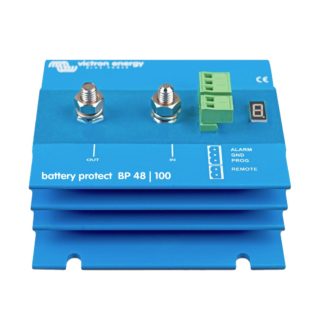